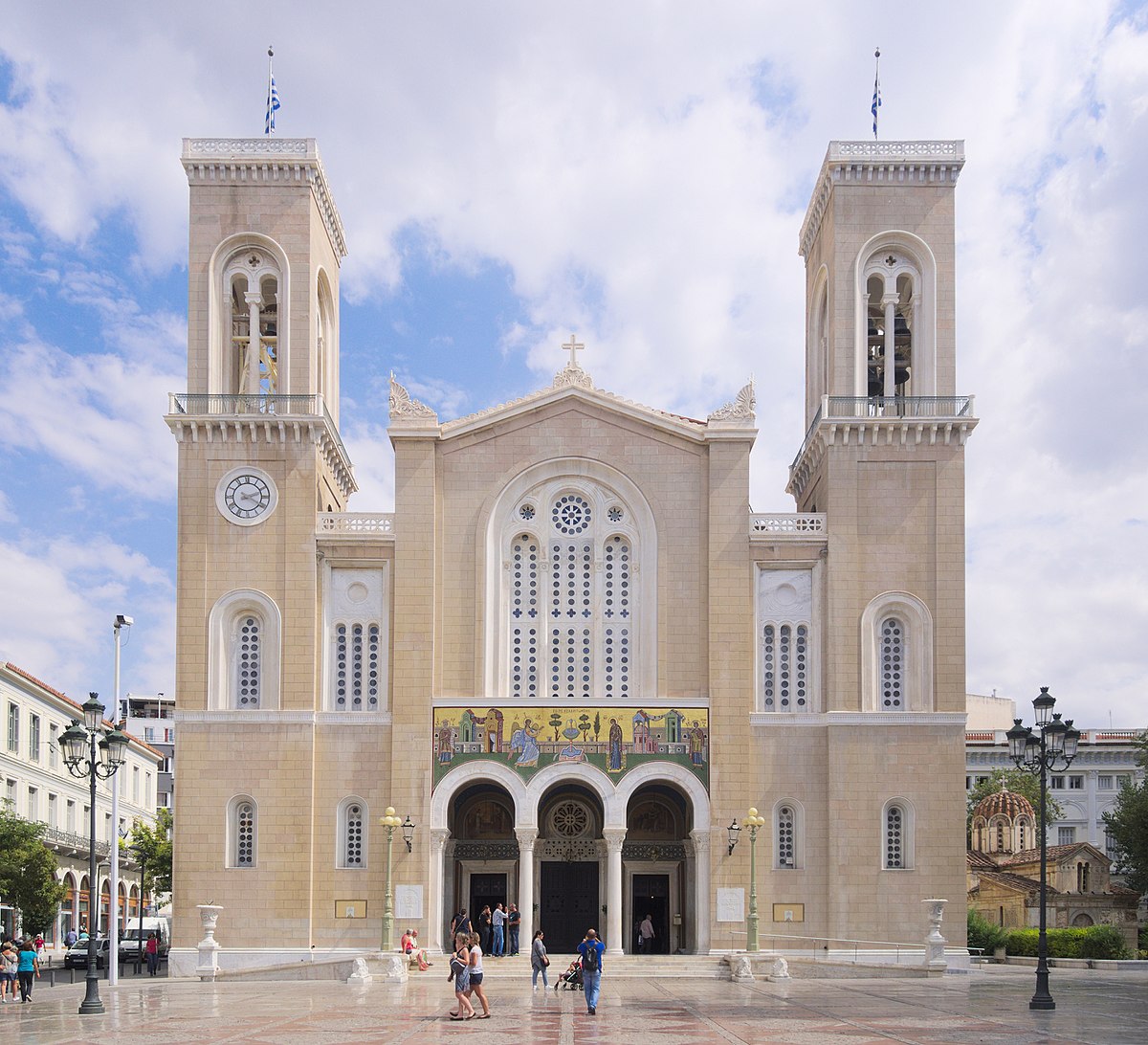 Moving on from the University, our next stop is going to be the Metropolitan Cathedral. Construction of the Cathedral started on Christmas Day, 1842, with the laying of the cornerstone by King Otto and his wife, Queen Amalia. Three architects and 20 years later, with the use of marble from 72 demolished Byzantine churches, it was completed; a symbol of perseverance and unwavering faith. Exquisitely decorated with paintings, mosaics, statues and ornaments it is an accurate depiction of the Orthodox ways. Few years after its completion, it became the Metropolitan Cathedral where many ceremonies of high religious significance took place including weddings and funerals of kings, prime ministers and VIPs. Sadly, the church was damaged many times during that period. The most notable example being the earthquake of 1999 that shook the city of Athens, in which it suffered significant damages to the inside. It took almost 20 years to renovate and repair but finally, in 2016 it was re-opened to the public and returned to its former glory. Dedicated to Annunciation of the Mother of God, the three-aisled domed basilica stands in the very center of Athens as a reminder of the importance of Orthodox Christianity to the Greek nation.