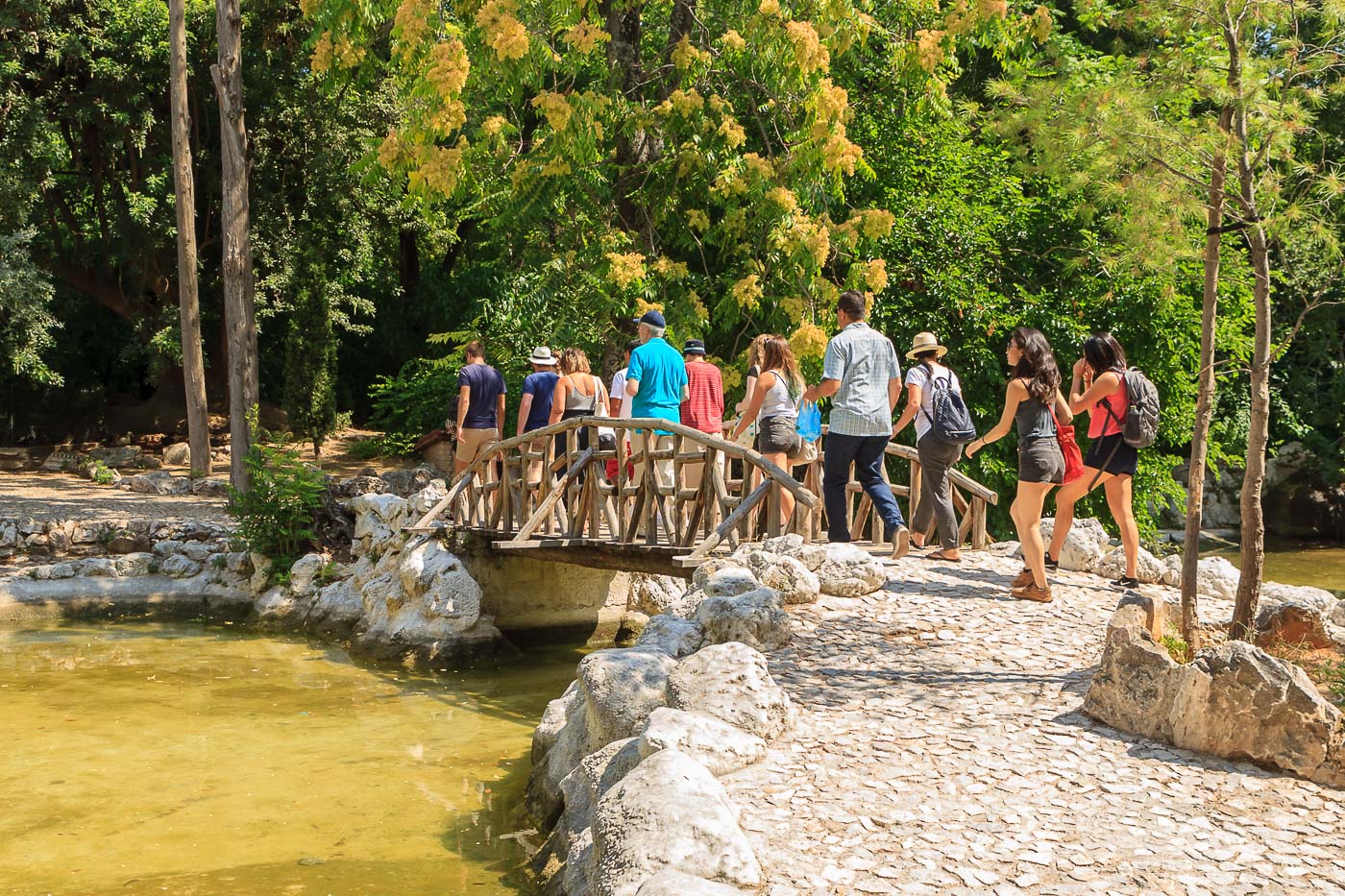 Surrounded by some of the busiest streets in Athens, the National Garden is nowadays a tranquil oasis away from the hustle and the bustle of the city of Athens. Spanning more than 15 hectares, the garden was designed in the 1830s by Queen Amalia, the first Queen of Greece. Amalia aimed at creating a scientific botanical garden with trees from around Greece and across the globe. The garden was initially called “The Royal Garden” but was renamed in the 1970s when monarchy was abolished.
Visitors can relax in one of the many quiet spots around the parc, pay a visit to the small farm or feed the ducks in the duck pond, enjoy some coffee in the picturesque café of the garden, or have a picnic at the lawn close to the houses of parliament. Around the garden one can also spot statues depicting prominent figures of modern greek history and culture as well as mythical creatures, roman and ancient greek antiquities or a sun dial, a very trustful source of telling the time in a city with 300 days of sunshine a year. Visitors travelling with kids can also benefit from the large playground located in the garden.