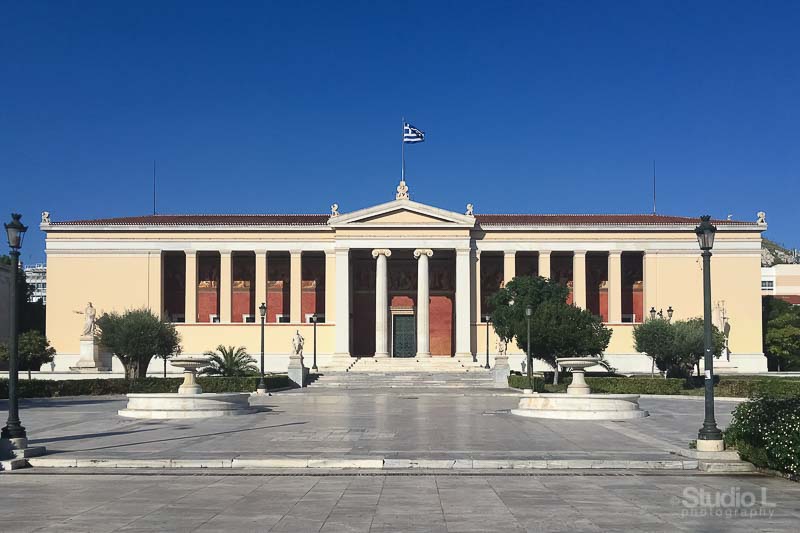 The buildings of the University, the Academy and the National Library in Panepistimiou Street, constitute some of the best examples of neoclassic architecture in the city of Athens, designed in 19th Century by the Danish Theophil and Christian Hansen. The building of the University is the one that starts being built first. Not far away lies the building of the Academy of Athens, having statues of Athena -Goddess of wisdom- and Apollo -God of light and the arts-, while at the front are located the statues of Plato and Socrates, the two famous philosophers. The newest of the three buildings is the one of the National Library, funded by Panayis Vallianos, whose statue one sees at the front of the building. All three buildings were inspired by ancient greek classical architecture: the building of the University was colored in accordance with the colors Ancient Greeks used when painting their temples, while the Academy resembles the Temple of Erechtheion up in the Acropolis while the building of the National Library resemble the Temple of Hephaestus in the Ancient Agora of the City. The buildings are not far away from Kolonaki, a high-end neighborhood of Athens with boutique stores and historical cafés.