View of Athens from Mars Hill 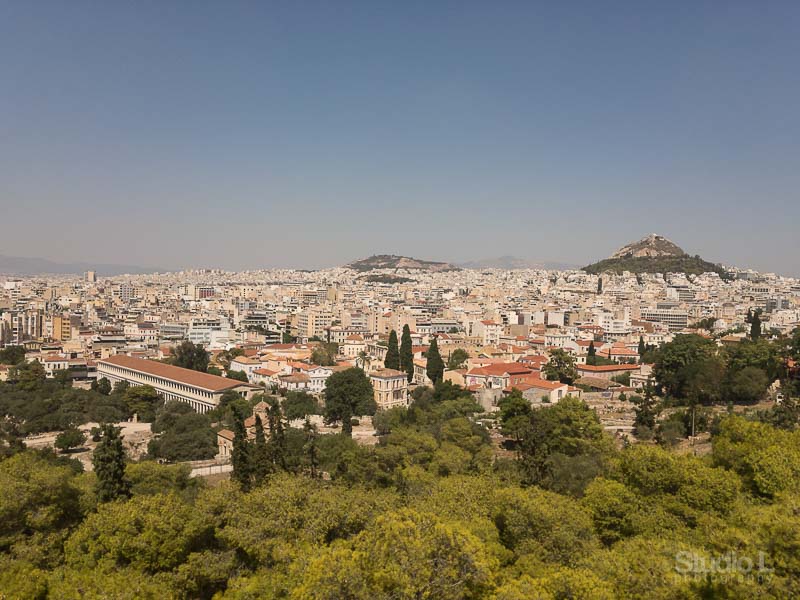 Time has come for us to walk uphill, in an area that offers a gasp-inducing view of Athens; Mars hill, or Areopagus hill. Mars hill was the ancient courtroom of Athens, the council of elders of the city, similar to the Roman Senate. Most stories suggest that the name was given as Ares (or Mars, the God of war in Greek and Roman mythology respectively) was supposed to have been tried here by the gods for the murder of Poseidon's son. Like the Senate, its membership was restricted to those who had held high public office. According to many legends, it was the courtroom that sentenced and Socrates to drink the poison when he was found guilty of corrupting the minds of young Athenians and of impiety. The Areopagus, like most city-state institutions, continued to function in Roman times, and it was from this location, drawing from the potential significance of the Athenian altar to the Unknown God, that Apostle Paul is said to have delivered the famous speech that converted Athens into Christianity. Fro